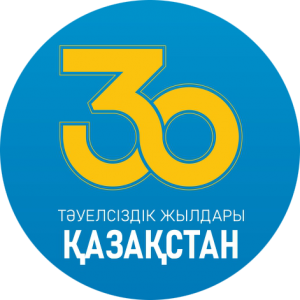 Council of Young Scientists of Rudny Industrial Institute is a public body under the guidance of the Rector. It is founded in 2008 in order to unite young scientists, share their interests in professional activity, as well as to address social issues.

Young scientists of the Institute take active part in development of science in Kazakhstan: participate in international, national and regional conferences; publish their research results in national and international journals; defend master’s and doctoral thesis; create teaching aids; compile textbooks and training manuals; guide and conduct researches; obtain patent certificates; take part in competitions for scholarships, awards in the field of science and innovation; and receive titles of laureates and diploma.

Members of the Council defended 8 candidate and 9 master’s theses, published 109 scientific articles in international, national and regional conference proceedings in the Republic of Kazakhstan and abroad during the period from 2008 to 2014.

In 2013, Asset Khabdullin, Candidate of Technical Sciences, the Dean of the Faculty of Power Engineering and Information Systems, was included in the Golden Book of Youth of Kostanay Region.

In December 2013, Council of Young Scientists of Rudny Industrial Institute won the National competition of «The Best Council of Young Scientists in higher education institutions of the Republic of Kazakhstan». The competition was organized by the Foundation of the First President of the Republic of Kazakhstan, the Leader of the Nation.

COMPOSITION OF THE COUNCIL OF YOUNG SCIENTISTS

Deputy Chairman of the Council of Young Scientists
Salko Oksana Yuryevna
Lecturer at the Department of MiGD, Master of Engineering
Email: salko.1990@mail.ru

Member of the Council of Young Scientists
Tazhibaeva Dana Maratovna
Lecturer at the Department of CaCM, Master of Engineering
Email: dan4ik1511@mail.ru

Member of the Council of Young Scientists
Akhmetov Darkhan Serikovich
Lecturer at the Department of EaM, PhD
Email: darhanserik@mail.ru

Member of the Council of Young Scientists
Iskakov Rustem Zhanbyrshyuly
Lecturer at the Department of MaGD, Master of Engineering
Email: rusik91R@mail.ru

Member of the Council of Young Scientists
Sabitbek Olzhas Batyrbekuly
Lecturer at the Department of Energy and Electrical Engineering
Email: olzhas_261192@mail.ru

Internship at the University of Adelaide, Australia during 6 months (Larissa Statsenko).

Defense of master’s thesis in Economics and Business(Darkhan Akhmetov).

Supervision of branch project of the grant research of the Ministry of Education and Science of the Republic of Kazakhstan «Development of information systems for support of decision-making in formation of effective flow sheets for stabilization of mineral quality» (Larissa Statsenko).

Internship at the European School of Economics, Italy, Rome, during 1 month (Darkhan Akhmetov).

Internship at the University of Newcastle, UK, during 12 days (Larissa Statsenko).

Nataliya Sargaeva received a letter of thanks from the Rector of Uralsk State Economic University, Yekaterinburg, Russia (the Chairman of the international competition of research projects for secondary school children «Research debut») for excellent preparation of students A. Kurochka and A. Komina.

Asset Khabdullin, Candidate of Technical Sciences, the Dean of the Faculty of Power Engineering and Information Systems, was included in the Golden Book of Youth of Kostanay Region.

Participation in grant research on «Development of low power magnesia astringent for building composite materials for a given structure with integrated use of technogenic waste» (Anvar Akhmetov).

Nataliya Sargayeva supervised the research project of A. Shabaldas who won 4th place in the International Economic Forum of research projects for young scientists and students «Competitiveness of Territories».

Olga Brusova had her documents nostrified in Kazakhstan and was awarded PhD degree.

Participation in the research project on «Study of features of complex social-economic development of industrial towns at the border areas within Single Economic Space between Kazakhstan, Russia and Belarus» (Nataliya Sargayeva, Ramilya Sapanova).